ENF Secures a Major Win for Developers on EOS! 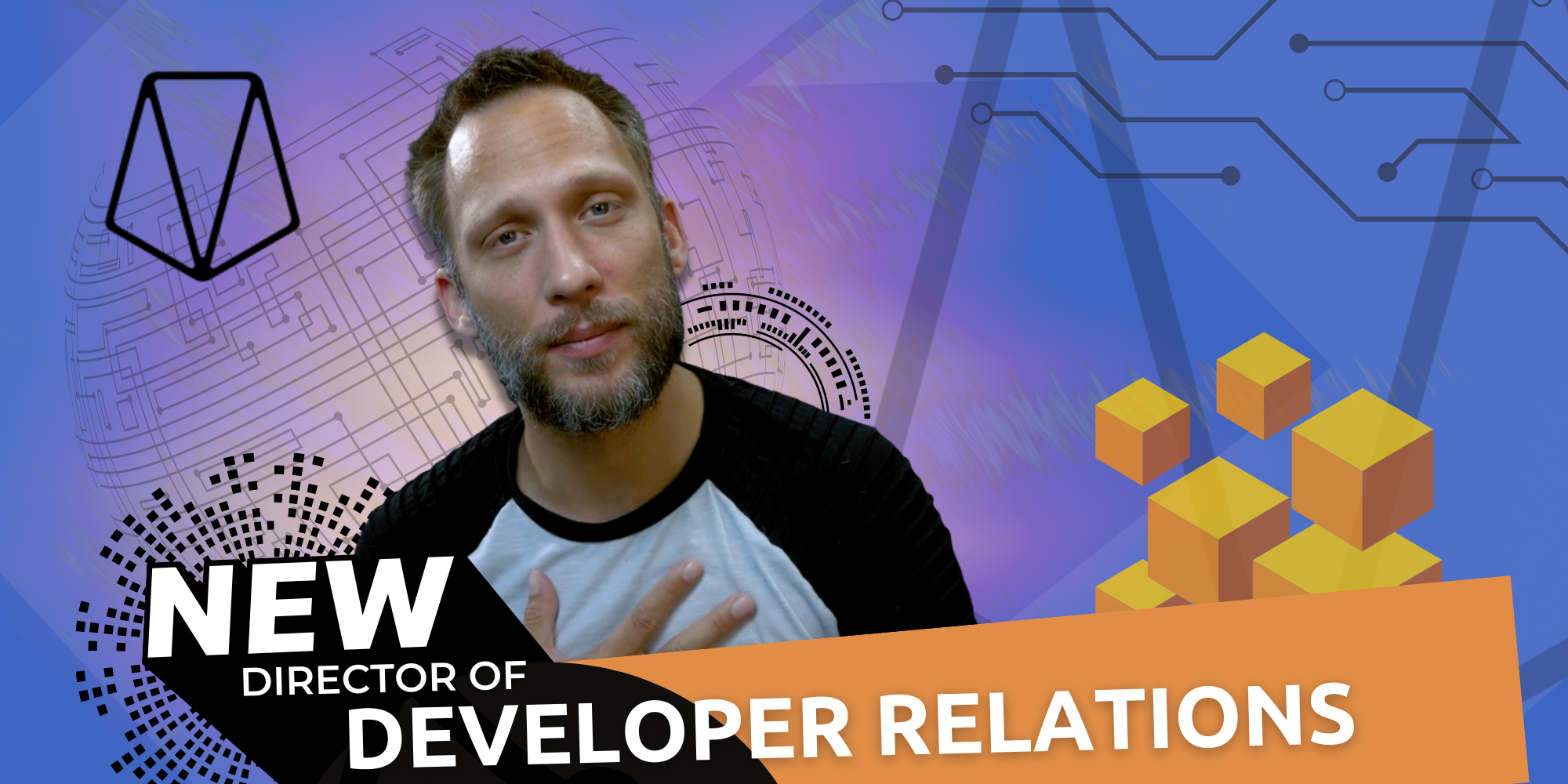 In a significant development for EOS, long time community member Nathan James makes his return as Director of Developer Relations, joining a steadily growing roster of blockchain developer heavyweights as he teams up with the EOS Network Foundation.

A full stack developer and originator of Scatter—the first wallet to run on EOS—Nathan is currently also a blockchain developer with EOSIO-based Ultra. Certainly no stranger to communications and deeply familiar with the challenges of development, Nathan is keen to reimagine the developer experience on EOS from the ground up and has been tasked with creating the kind of environment that EOS needs to attract, train, and retain top developer talent within the ecosystem.

The Current State of Developer Resources on EOS

One of many facets from The Core+ Blue Paper—the “EOSIO Infosphere Evolution”—gives us some clues as to the current deficiencies of the developer experience on EOS, as well as proposed remedies.

In reading through the analysis from Core+ one can see that the need for comprehensive documentation is just the tip of the iceberg. With existing developer resources generally consisting of a patchwork of EOS community generated tools and content, or the somewhat outdated and nearly abandoned EOSIO developer portal created by Block.one, developer resources have been inaccessible to all but the few brave souls who go where others fear to tread.

In addition to resources, EOS has long been missing any kind of coherent strategy for discovering talented developers, fueling their curiosity, onboarding them into the ecosystem, and providing the tools and incentives they need to do what they do best.

That’s all about to change.

Breathing Life into the Developer Experience on EOS

Imagine for a moment, an immersive, interactive way for developers to enter the ecosystem, a suite of courses for developers at every skill level, front-end and smart contract walkthroughs, example wallet integrations, fortified with easy to access API references, development frameworks, a mentorship program, and the right incentives. This isn’t some pipe dream, this is the vision of the ENF’s new Director of Developer Relations, Nathan James.

In advance of forming his team, in a methodically organized sea of mind-maps, Nathan is already charting the course as he sees it, mindful of his singular role and the need to scale his efforts. “I want to make it as decentralized as possible”, he says, and you believe him.

Nathan has lived through the myriad challenges of developing on EOS. He watched as the EOS developer community was becalmed under an absent leadership. He built, tirelessly, until nearly dead in the water, like many others in the EOS community he was compelled to seek opportunities elsewhere.

After the ENF formed, as it took shape and began demonstrating its value to the network, Nathan sensed the opportunity. When asked why he returned to EOS, he takes it all in, and simply says, “There’s unfinished business that weighs heavy on my heart.”

In concert with the many other initiatives now in motion from the ENF, developer relations is a critical component to the success of EOS.  Moving beyond static libraries and pages of stale documentation, a new vision is coming into focus. An eminently curated and fully engaging developer hub is envisioned to be something of a collaborative space that will generate the kind of momentum the network needs to thrive.

“I’ve seen that it is creators who have the most impact on the health of a network. It is the programmers, the designers, the content creators, the idea brewers.  It is the applications that they create, the emotional stories that they share, the excitement that they circulate, and the creativity that they capture, which reaches the furthest.  Anyone can be a creator, but it takes incentives to not only fuel the passion to start the journey, but more importantly, to keep it going.”

While the details are not yet ready to be revealed, Nathan envisions a system where people are incentivized to mentor others, to create tutorials, to port applications, to discover educators. A system where leading developers are able to unlock new opportunities for themselves as they advance.  A place for EOS developers to hone their skills, make connections, and to co-create public-good development materials.

With Trust EVM about to come online, Nathan isn’t shy about his hope that it can act as a kind of gateway drug for developers. Third party developers who will come for the increased performance of Trust EVM, he reasons, will get hooked on the flexibility and performance of developing natively on EOS. And with the developer hub, there is an opportunity for courses that are custom tailored to developers coming from specific chains.

“I see it as a snowball effect,” he says, “the more developers we capture and the more things they build, the more users share EOS tech which leads to more developers”. And as the developer community grows, so too do the opportunities for engagement with Eden, ENF Grants, and Pomelo, which will be integrating a bounty system later this year. At some point, one could imagine a point of fusion with the still nascent EOS VC.

Within the community, there’s been some renewed interest in Hackathons of late, and Nathan is a big advocate, but with a caveat. “Hackathons”, he says, “are an incredible tool for expanding the community, but first we need documentation, tooling, frameworks for building contracts, better tools for resource management, but most important of all, we need retention, without retention we are losing that first impression and making it impossible to get those developers back in the future.”

There will be some work required to create the conditions where EOS is ready to take full advantage of the energy generated from running hackathons, but preparations are being made, and hackathons are certainly on the radar. If you’re interested in leaving feedback about EOS Hackathons, you can fill out this survey.

The ENF is thrilled to have Nathan James on the team, and confident in his ability to bring developer relations into a whole new era on EOS.

As a fully fledged developer hub begins to emerge from its primordial state, Nathan will have his eyes and ears tuned to the developer community, assessing needs and helping to foster the success of new projects building on EOS.

So keep your eyes out for more questions from the man himself, and let us know your thoughts on this exciting new development for EOS.

And for now, as Nathan says, “Talk is cheap, let’s get to work”. 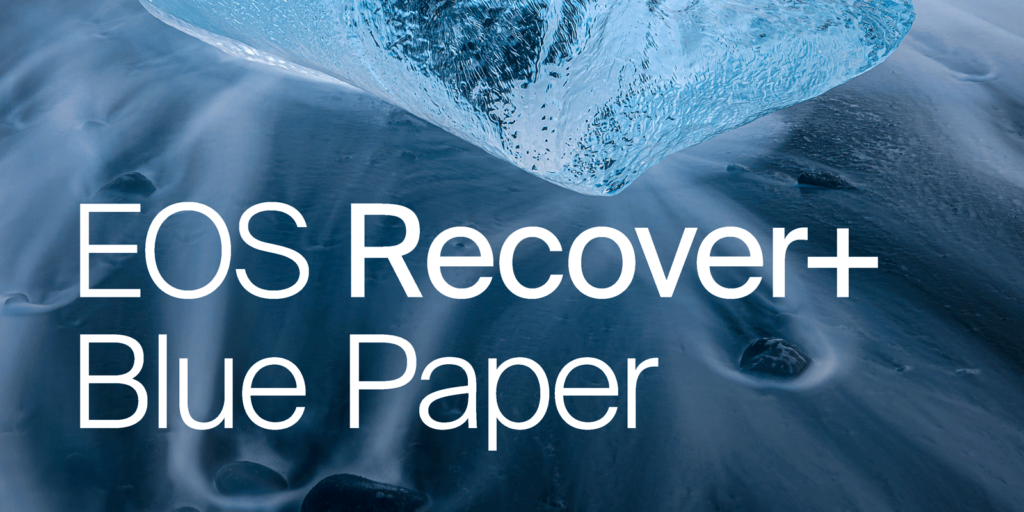 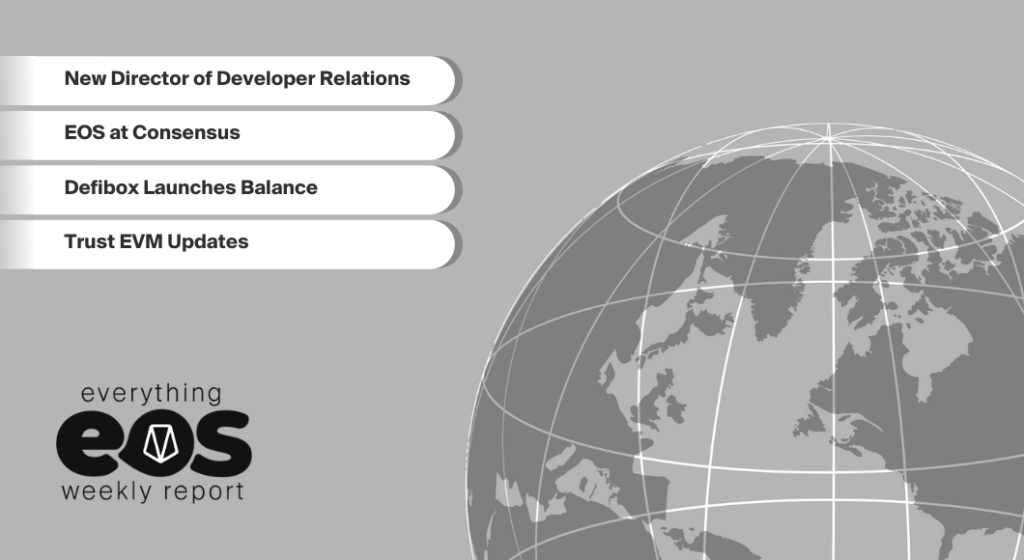 The only source for EOS news you'll ever need

Sign up today to stay informed and join the EOS community!

Yves La Rose is the Executive Director and Founder of the EOS Network Foundation (ENF). A consummate consensus builder within the EOS ecosystem, he lives and breathes EOS, working to ensure the success of the network.

At a young age, Yves was attracted to technology. Through the experience of building his first computer and writing his first program at the age of seven, a lifelong interest in the potential of technology was born.

After completing studies in psychology at the University of Ottawa, Yves moved to Japan where he began his professional career in business and education.

With an entrepreneurial and inquisitive nature, six years passed, living and working while steeped in Japanese language and culture. At the same time, his early intrigue with technology was being further amplified by the revelations of Bitcoin. In 2010, he began mining Bitcoin on his laptop, and exploring the potential of decentralized networks.

Returning to Ottawa in 2011, Yves resumed his university education in pure sciences, focusing on perceptual and computational neuropsychology, and additional studies in behavioral economics.

In 2017, with additional years of business planning and analysis experience, Yves began seriously considering an endeavor in the emerging blockchain industry.  Along with a handful of interested associates, he formed a blockchain book club, and having made a thorough survey of second and third generation blockchains, they began focusing their attention on the promising open source blockchain platform, EOSIO.

In February of 2018 Yves co-founded EOS Nation and led it to become the top rated block producer on the largest and most valuable network using EOSIO, the EOS Mainnet.

For over three years as founder and CEO of EOS Nation, Yves helped navigate the company through a great deal of operational uncertainty. Running network infrastructure, providing community outreach, exploring governance models, and contemplating approaches to public goods funding. His undivided attention was on EOS.

EOSIO was at the bleeding edge of public blockchain development, but it was also a global, decentralized network that was increasingly hobbled by distant and ambiguous leadership, misallocation of capital, and misalignment of incentives. Various teams sought to create a foundation, or a worker proposal system that could fund the development of public goods for the network, but these efforts stalled, and EOS was adrift. In May of 2021 Yves resigned as CEO of EOS Nation and began to contemplate a new path forward.

Throughout his tenure as CEO of EOS Nation, Yves had formed many good relationships across the EOS Network, among BP’s in the East, West & in the global South. Yves recognized that he was uniquely positioned to coalesce the stakeholders of the EOS Network around a foundation that would work on behalf of all EOS token holders to realize the true potential of EOS.  With the assurance of support from a coalition of stakeholders, Yves founded the EOS Network Foundation.

Since founding the ENF, Yves has dedicated himself with singular focus, in the spirit of a modern day samurai, to work for the benefit of the EOS public blockchain and the many stakeholders of which it is composed.  Yves continues to cultivate a team at the ENF that can serve the needs of the EOS community by lifting up and empowering the community itself.

Grounded in the lived experience of Eastern thought and traditions from his time living and studying in Japan and traveling throughout Asia, Yves brings a holistic approach to unifying the global EOS community through mutual respect, and a willingness to meet others wherever they are at.

Please share your thoughts in the form below, and we’ll respond within 48 hours of receiving the inquiry.